Who was Moshe Feldenkrais?

Moshe Feldenkrais was born in Russia in 1904. When he was 14, he traveled alone to Palestine where he worked first as a laborer, then as a math tutor and cartographer. In 1930, he went to Paris to get degrees in mechanical and electrical engineering, and later earned a doctorate in physics. He worked for Nobel Prize winner Frederic Joliot-Curie in early nuclear research.

Feldenkrais was also an enthusiastic soccer player and one of the first Europeans to earn a Black Belt in Judo. After repeatedly damaging his left knee in physical activities, he began experimenting with his own body to overcome the pain and limitations of movement he had acquired. Feldenkrais used his knowledge of body mechanics and systems theory and studied biology, perinatal development, psychology, neurophysiology and other health related disciplines. He was able to heal his knee injury and the synthesis of his studies and experimentation became the focus of his life’s work.

Feldenkrais returned to Israel in 1950. With enormous success, he began teaching his method to people with a variety of physical limitations and ailments, applying the techniques he had used on himself and developing new ones as his understanding of human functioning and his appreciation of human potential deepened. In 1954, he left his work as a physicist and began to solely teach his method, using his remarkable ideas and work in consciousness, movement and human functioning. He wrote a number of books on his ideas and was able to prepare a large group of trainers to carry on his work before he died in 1984. 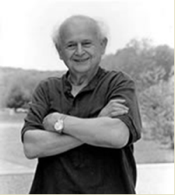 Cynthia’s masterful guidance as a movement specialist offers a skillful and transformative process for changing pain into pleasurable, potent movement. Feldenkrais Method in both Vancouver, Washington and Portland, Oregon.